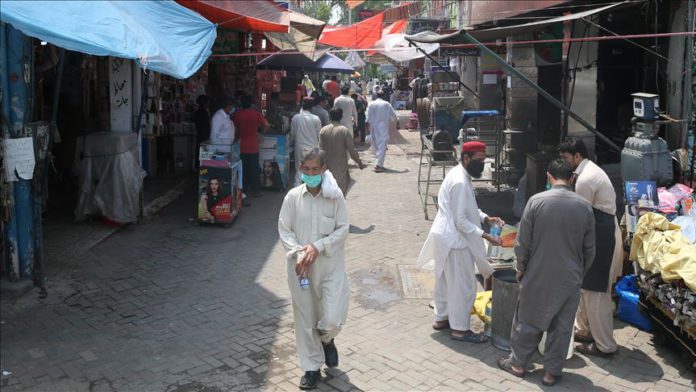 Pakistan’s two most populous provinces account for more than 75% of the country’s COVID-19 cases and over 72% of its virus-related fatalities, according to official data released on Friday.

The South Asian country’s overall case count increased to 243,599, with 2,751 infections recorded over the past 24 hours, while the death toll rose by 75 to reach 5,058, the Health Ministry reported.

With 100,900 confirmed infections, the southern Sindh province leads in the number of cases, followed by northeastern Punjab, the most populous province, with 85,261 cases.

Together they make up over 76% of Pakistan’s nationwide case tally, as well as 72% of the country’s death toll – Punjab with 1,972 recorded fatalities and Sindh with 1,677.

They are followed by the northwestern Khyber Pakhtunkhwa province with 29,406 cases and 1,063 deaths, and southwestern Balochistan – the largest province in terms of area – with 11,099 cases and 125 deaths.

The capital territory of Islamabad is next with 13,829 cases and 146 fatalities, trailed by Pakistani-administered Kashmir with 1,485 cases and 41 deaths, and the northern Gilgit-Baltistan region with 1,619 cases and 34 fatalities.

According to the Health Ministry’s data, the overall recovery ratio in Pakistan is now over 61%, while 2,375 patients remain in critical condition.

More than 1.51 million tests have been conducted so far in the country of over 220 million.

Health experts believe the improving numbers are due to locality-based lockdowns – termed “smart lockdowns” by the government – enforced in high-risk areas in 20 major cities since last month.

“We are seeing a visible decrease in new COVID-19 cases in Pakistan, but for any final conclusions, this declining trend needs to continue for at least another 15 days,” Dr Mukhtiar Zaman, a renowned pulmonologist, told Anadolu Agency.

However, local media reports suggest the decline in virus cases could be because of reduced testing, with daily test numbers having fallen to around 24,000 from over 32,000 in June.