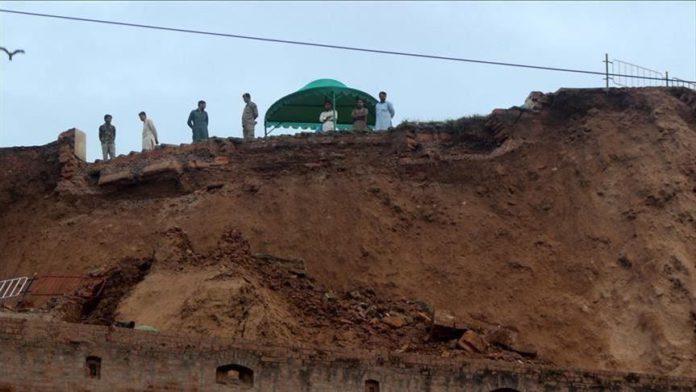 A landslide struck a passenger bus in northern Pakistan on Sunday, killing all 16 people on board, an official and local media said.

Miraj Alam, an assistant commissioner for Skurdu, told reporters that the massive landslide completely crushed and buried the ill-fated bus.

Rescue workers backed by paramilitary troops have pulled out all the 16 bodies from the debris, and cleared the road for traffic, he added.

Four of the deceased were from the Pakistan Army, local broadcaster Geo News reported.

The spectacular Gilgit-Baltistan region, which is at the confluence of world’s greatest mountain ranges — the Karakoram, the Himalaya, the Hindu Kush, and the Pamir — is prone to landslides which kill dozens of people every year.

The region is also a key route of the China Pakistan Economic Corridor, a multi-billion-dollar project aimed at connecting China’s strategically important northwestern Xinxiang province to the port of Gwadar in far away Balochistan through a network of roads, railways and pipelines.

Russia to send 1,000 mercenaries from Syria to Libya