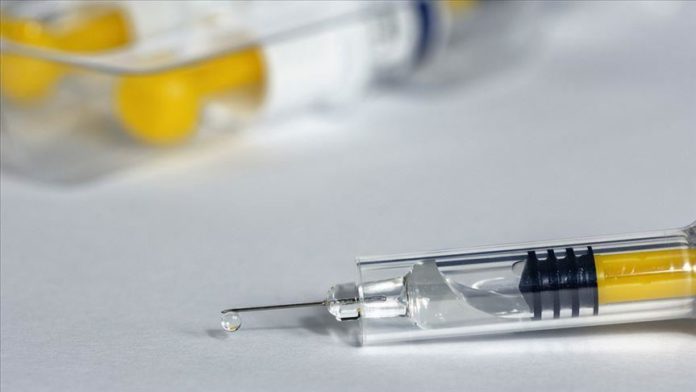 A coronavirus vaccine being developed by scientists at Oxford University has proved partially successful in study of six monkeys, local media reported on Thursday.

Some of the monkeys given a single-shot of the vaccine developed antibodies against COVID-19, the disease caused by the new coronavirus, within 14 days, and all of them had done so within 28 days.

They were then exposed to higher doses of the virus, and the vaccine seemed to protect the lungs from the virus, but not the nose.

The results of the study are yet to be rigorously peer reviewed by other scientists, but the signs are promising, although it should be cautioned that many vaccines that work on monkeys in labs end up failing to protect humans.

Local media quoted Stephen Evans, a pharmacoepidemiologist at the London School of Hygiene & Tropical Medicine, as saying: “It is one of the hurdles to be passed by the Oxford vaccine and it has cleared it well.”

The new data was “very definitely” good news, he said, adding it was reassuring that there was no evidence of immune-enhanced disease. This is where the vaccine makes the virus worse, rather than protect the person against it.

“This was a definite theoretical concern for a vaccine against SARS-CoV-2 [the virus that causes COVID-19] and finding no evidence for it in this study is very encouraging,” he said.

Last month, Oxford University announced it was teaming up with the British pharmaceutical giant AstraZeneca to create the vaccine.

At around the same time, British researchers began small-scale human trials of the vaccine. The researchers said that as of May 13, 1,000 people have undergone the vaccination, one of only a few programs across the world to reach that level of progress.

There are over 100 vaccines being developed around the world at the moment, with research focused in the UK, US, Europe, and China.

Scientists have said that it can often take up to 10 years to make a workable vaccine, but due to the severe impact the pandemic has had across the world, an unprecedented global effort is being made to develop a vaccine for use as early as by the end of the year.

The pandemic has killed more than 302,400 people worldwide with over 4.44 million confirmed cases, while recoveries have surpassed 1.58 million, according to figures compiled by Johns Hopkins University of the US.