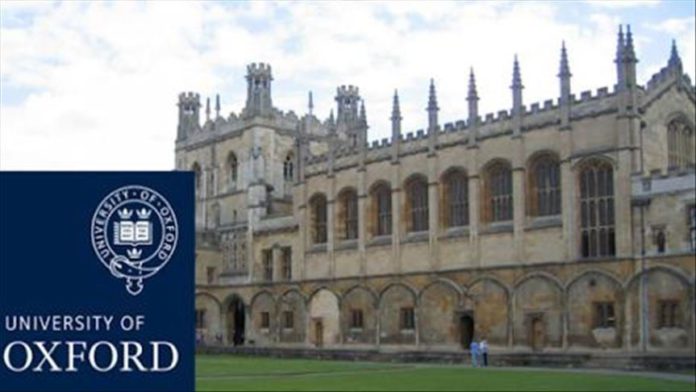 Oxford University announced on Thursday that it was teaming up with British drug manufacturer AstraZeneca to develop and manufacture an anti-coronavirus vaccine, according to a statement.

The move would allow the UK to rapidly vaccinate at home and aid in vaccinations abroad, especially in developing countries.

Oxford’s potential vaccine is known as ChAdOx1 nCoV-19, and is being developed by the university’s Jenner Institute.

AstraZeneca’s role would be the development and worldwide manufacturing and distribution of the vaccine.

AstraZeneca is a biopharmaceutical company based in Cambridge and operates in over 100 countries.

Pascal Soriot, chief executive officer of AstraZeneca, said: “As COVID-19 continues its grip on the world, the need for a vaccine to defeat the virus is urgent.”

“Our hope is that, by joining forces, we can accelerate the globalization of a vaccine to combat the virus and protect people from the deadliest pandemic in a generation,” he added.

Soriot told BBC separately: “It is definitely a risk to launch into the development of the vaccine but now is the time to take those kind of risks.”

“By June, July we will already have a very good idea of the direction of travel in terms of its potential efficacy,” he said.

Sir John Bell, regius professor of medicine at Oxford University, said: “Our partnership with AstraZeneca will be a major force in the struggle against pandemics for many years to come. We believe that together we will be in a strong position to start immunizing against coronavirus once we have an effective approved vaccine. Sadly, the risk of new pandemics will always be with us and the new research center will enhance the world’s preparedness and our speed of reaction the next time we face such a challenge.”

Bell told BBC: “We also want to make sure that the rest of the world will be ready to make this vaccine at scale so that it gets to populations in developing countries, for example, where the need is very great.”

Health Secretary Matt Hancock tweeted: “The Oxford vaccine is one of the most advanced in the world. Bringing together the best British science and the best of British business will give us the best possible shot at a vaccine.

“The science is uncertain, and no vaccine may work, but this deal gives the U.K. the best chance we can of a breakthrough that could defeat this awful virus. I’m sending best wishes for good fortune to all involved — for the sake of the nation and indeed the whole world.”

Phase I clinical trials of the Oxford vaccine on humans started last week with hundreds of volunteers aged 18-55 in five testing centers in southern England. The data from the trials is expected to be available next month in mid-June. Late-stage trials are expected to take place by the middle of this year.

There are currently 70 potential coronavirus treatments being developed around the world.

Oxford and AstraZeneca said they had both agreed to operate on a not-for-profit basis for the duration of the pandemic, with only costs of production and distribution being covered.

AstraZeneca’s share price increased by almost 3% after the announcement.

As of Wednesday, the total U.K.-wide death toll from coronavirus was 26,097.

After originating in China last December, the novel coronavirus has spread to at least 186 countries and regions. Europe and the US are currently the worst-hit regions.

The pandemic has killed more than 228,000 people, with total infections exceeding 3.2 million, while nearly 986,000 have recovered so far, according to figures compiled by Johns Hopkins University in the US.