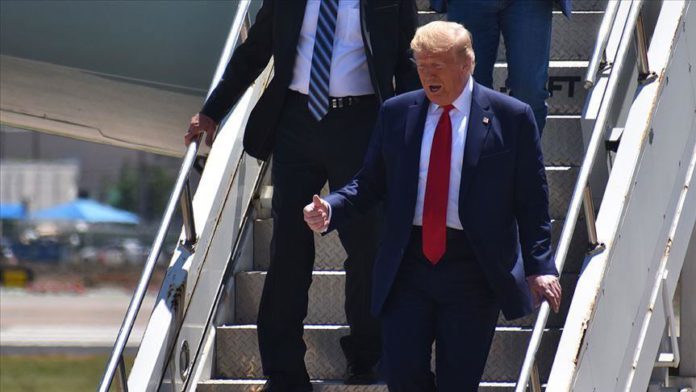 US President Donald Trump has confirmed his visit to the Midwestern city of Kenosha, Wisconsin despite repeated calls for reconsideration from local authorities.

“If I didn’t INSIST on having the National Guard activate and go into Kenosha, Wisconsin, there would be no Kenosha right now. Also, there would have been great death and injury,” Trump claimed on Twitter, referring to the ongoing protests against racism and police brutality.

Kenosha last week became the latest flashpoint of the US’ continued struggle with racial injustice and police shootings of unarmed Black men after Jacob Blake was shot in the back seven times.

“I want to thank Law Enforcement and the National Guard,” Trump added. “I will see you on Tuesday!”

However, Wisconsin Governor Tony Evers and Kenosha Mayor John Antaramian have both urged the president to cancel his visit.

In a letter reportedly addressed to Trump, Evers said Sunday that Trump’s presence would “only hinder” the healing process in the city.

“I am concerned your presence will only delay our work to overcome division and move forward together,” he added.

“Realistically, from our perspective, our preference would have been for him not to be coming at this point in time,” Antaramian also told National Public Radio.

“All presidents are always welcome and campaign issues are always going on. But it would have been, I think, better had he waited to have for another time to come.”

Evers called on the US National Guard to deploy to Kenosha last Monday and then doubled the number of their presence before Trump weighed in on the matter Wednesday, saying he will send federal law enforcement and the National Guard to the city.

Trump has made the unrest in US cities such as Kenosha the centerpiece of his re-election campaign, blaming the violence on Democratic leaders and saying things would get worse if a Democrat is elected president this fall.

Democratic presidential candidate has pointed out that the unrest happened under Trump’s watch, after he pushed back police reforms, also accusing Trump of encouraging division and violence.