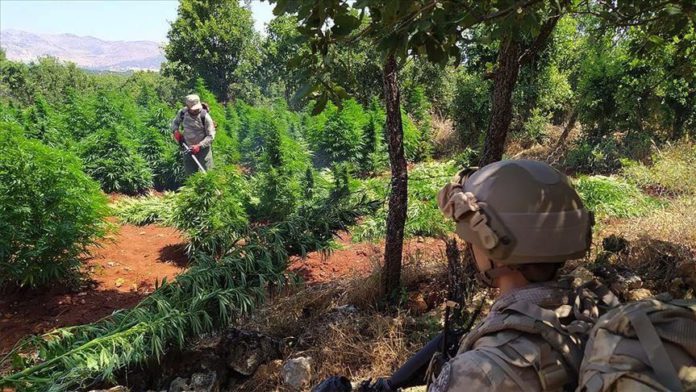 Acting on a tip off, local gendarmerie forces raided three fields in Bingol province’s Genc district, and seized 840 kg (1,851 pounds) of hashish and 2,500 cannabis roots, the governor’s office said in a statement.

Five suspects were also arrested during the operation.

Separately, gendarmerie forces seized 94.8 kg (208 pounds) of hashish and 237 cannabis roots in an operation in Mutki district of Bitlis province, according to the provincial governor’s office.

Two suspects were rounded up.

Turkey has stepped up anti-narcotics efforts in recent years, with tons of illegal drugs having been seized in large-scale operations.