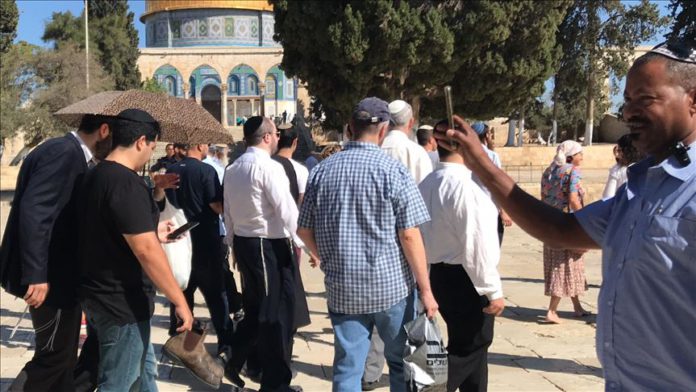 Hundreds of Jewish settlers forced their way into Jerusalem’s flashpoint Al-Aqsa Mosque complex on Thursday, according to a Palestinian agency.

“Around 920 Jewish settlers have entered the compound, accompanied by Israeli police,” the Religious Endowments Authority, a Jordan-run agency responsible for overseeing the city’s Muslim and Christian holy sites, said in a statement.

It said the settlers entered through the compound’s al-Mugharbah Gate, where they tried to preform Talmudic rituals.