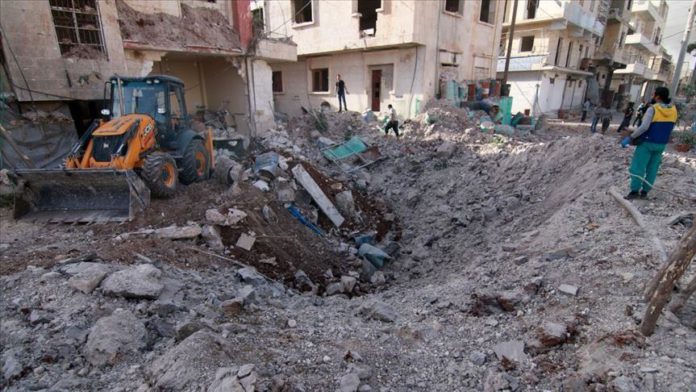 Almost 860 health care workers were killed and over 3,350 were detained or forcibly disappeared since the beginning of the Syrian civil war in 2011, a local NGO said on Thursday.

The Syrian Network for Human Rights (SNHR) documented the killing of 857 health workers, including 652 killed by the Assad regime and its allied Iran-backed foreign terror groups while Russian attacks claimed lives of 69.

The Daesh/ISIS terrorist group killed 36, the US-led international coalition killed 13, YPG/PKK terrorists killed six and Syrian opposition forces killed 31 while 50 were killed by unidentified parties, according to a report by the NGO.

At least 3,353 healthcare workers have been detained or forcibly disappeared including 3,327 under detention of the regime forces, it also said.

Since March 2011, health facilities across Syria have been subject to 862 direct bombardments and damages caused by nearby attacks.

The report also noted that 87.1% of the health centers were bombed by the Assad regime and Russia.