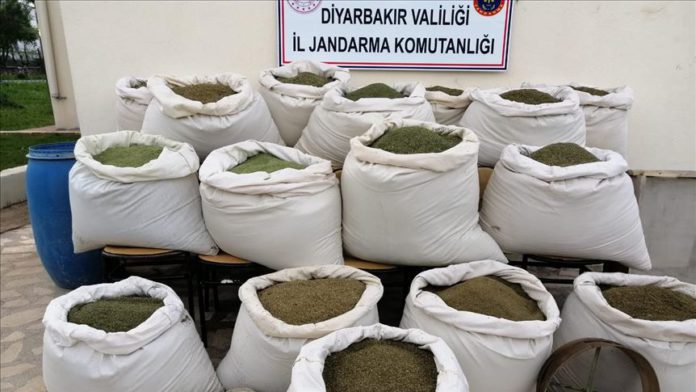 Turkish security units seized more than 800 kilograms (over 1,700 pounds) of marijuana in the country’s southeast, authorities said on Friday.

In a statement, the Diyarbakir Governorate said around 810 kilograms of marijuana were seized in anti-narcotics operations at four different points in the province’s Lice and Kocakoy districts.

The operations were conducted by gendarmerie and police teams.

They found the drugs inside sacks that were hidden in wooded areas in rural areas of Diyarbakir, ready to be sent off to major cities across the country.

Security forces are searching for suspects, said the governor’s office, adding that operations to maintain public safety and peace will continue without any letup.

Data shows that Turkish authorities seized over 40 tons of marijuana and 40 million cannabis roots in 2019.