TurkishPress
Home National Over 80 kg of heroin seized in Turkey 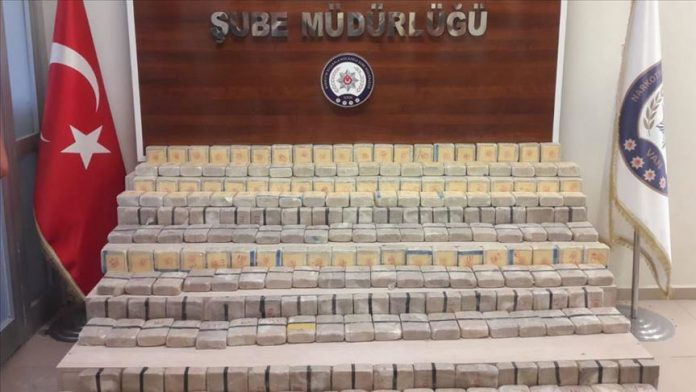 Anti-narcotics police units conducted an operation against illicit drug smuggling in the eastern Van province, said the source, who spoke on condition of anonymity due to restrictions on talking to the media.

One suspect was arrested for drug smuggling.

In another operation in the southeastern Gaziantep province, police seized a small stock of drugs and arms, arresting 24 suspects for drug smuggling.

Read more: Over 80 kg of heroin seized in Turkey

Turkey targets to vaccinate 60% of population