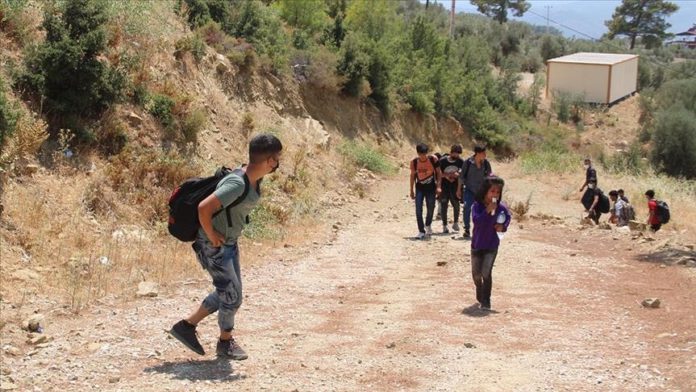 More than 80 irregular migrants trying to head to Europe were held by Turkish forces in the country’s southwestern Mugla province, security sources said on Friday.

Gendarmerie forces carried out an operation after receiving information that a group of irregular migrants was hiding in Mugla’s Fethiye district, said the sources, requesting anonymity due to restrictions on speaking to the media.

A total of 40 Pakistanis, 34 Bangladeshis, three Afghans, two Sri Lankans, and three Syrians were found in the mountainous Cennet Cove area, according to the sources.

The irregular migrants have been referred to the provincial migration center, the sources added.

Italy, Spain to gradually return to normal after virus