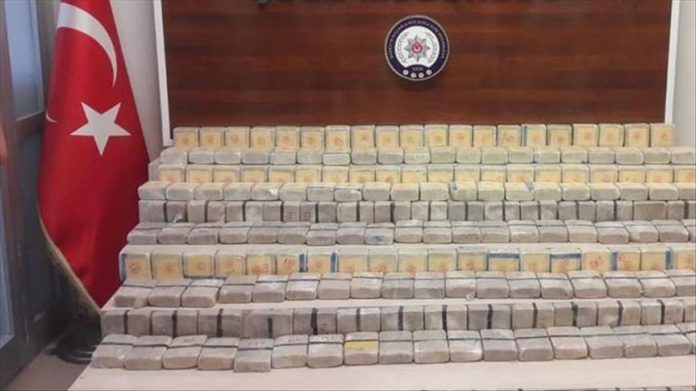 Anti-narcotics police and a sniffer dog searched a suspicious van on a motorway between Van and the southeastern Hakkari provinces, uncovering three bags containing 150 packages of heroin in the trunk of the vehicle, said the statement.

One suspect was arrested for alleged drug smuggling.

Efforts continue in the area against illicit drug trafficking, transport and storage, it added.