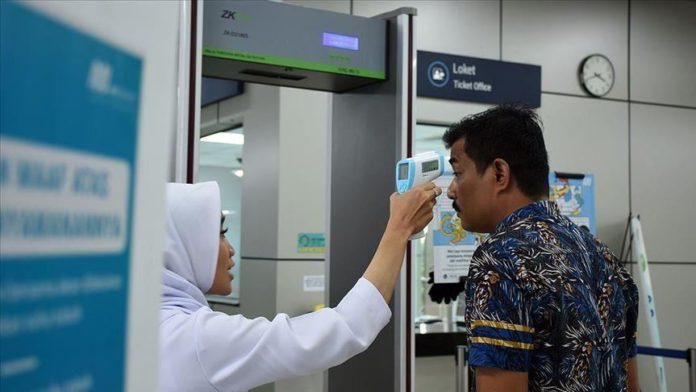 The number of COVID-19 cases in Southeast Asian countries has risen to 491,993, officials confirmed on Friday, including 11,827 fatalities and 364,686 recoveries.

At least 7,113 new cases and 132 deaths were recorded in member states of the Association of Southeast Asian Nations over the past day.

In Philippines, the worst-hit in the region, total infections climbed to 232,072 after the Department of Health confirmed 3,714 new cases.

The country reported 49 more virus-related fatalities, raising the nationwide death toll to 3,737, while recoveries jumped by 1,088 to reach 160,549.

Indonesia reported 82 more fatalities over the past 24 hours, bringing the death toll to 7,832, according to the country’s Health Ministry.

Thailand confirmed four new virus cases, bringing the total number in the country to 3,431, according to a statement by the Health Ministry.

It said the total number of recoveries in the country has reached 3,277, while the death toll stands at 58.

Singapore recorded 40 new cases of the virus on Friday, bringing the tally to 56,948, the Health Ministry said in a statement.

At least 56,028 patients have recovered so far, while fatalities remained unchanged at 27.

In Malaysia, the Health Ministry confirmed 11 more cases, pushing the tally up to 9,385.

The number of recoveries in the country reached 9,092, while the death toll stands at 128.

Total cases in Myanmar climbed to 1,133 after 75 more infections were confirmed, while recoveries reached 359, according to the Health Ministry.

One more fatality from the virus moved the death toll to 359.

There were no new infections or fatalities reported by health authorities in Vietnam, Brunei Darussalam, Cambodia, and Laos.

May 18, 2022
ANKARA  German team Eintracht Frankfurt lifted the 2022 UEFA Europa League trophy after beating Scottish side Rangers on Wednesday.  Fans witnessed a quiet first half with...

May 18, 2022
WASHINGTON Turkiye on Wednesday called for international collaboration to ensure that the war in Ukraine does not worsen the hunger crisis.  Speaking at a high-level ministerial...

May 18, 2022
BRUSSELS The EU's Ukraine Advisory Mission announced that it would return to the country's capital Kyiv on Wednesday, which it had left after the war...

May 18, 2022
BRUSSELS  Leaders of six Western Balkan countries were invited to Brussels to meet members of the European Council, the council said Wednesday. The meeting with Albania,...