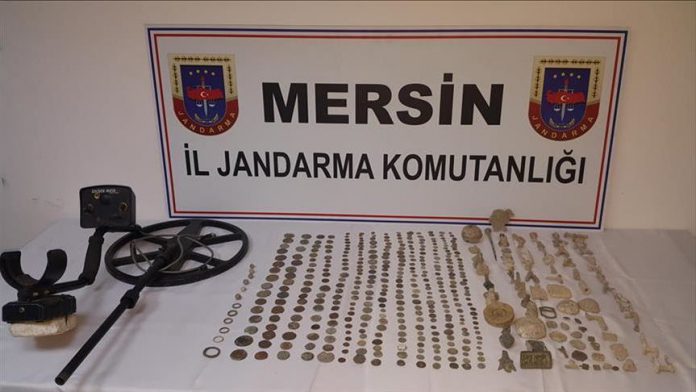 A total of 746 pieces of historical artifacts were seized in an operation in southern Turkey, security sources said on Friday.

Gendarmerie teams of the Mediterranean Mersin province arrested a suspect, identified only by the initials H.K., in Mut district.

The suspect attempted to place historical artifacts from the Middle Age and the Roman period on the market.

Turkish security forces disguised as buyers contacted H.K. and the suspect brought historical artifacts from his home after agreeing on a price.