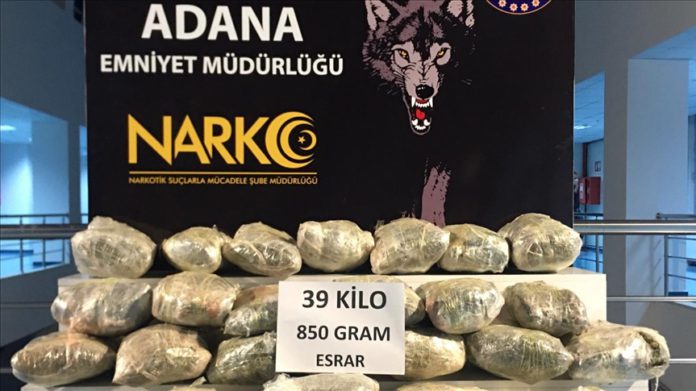 In the southern province of Osmaniye, counter-narcotics police teams discovered over 31 kilograms (over 68 pounds) of marijuana in a car they stopped upon suspicion.

Two people, including one Syrian national, were arrested over links to the seized drugs.

Acting on a tip-off in Adana, police found over 39 kg (over 85 lbs) of marijuana in a frozen food delivery truck.