TurkishPress
Home News Over 6,000 evacuated in Philippines as volcano erupts 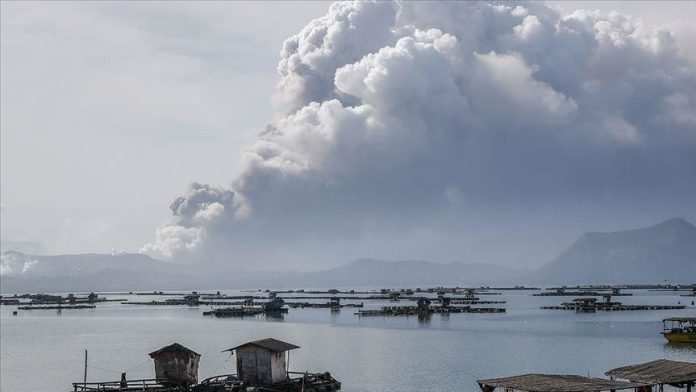 Authorities in the Philippines have evacuated more than 6,000 residents from affected areas after a volcano in Batangas province south of the capital Manila blasted steam and ash, local media reported Monday.

The incident has forced authorities to close Manila airport and suspend financial activities in the capital.

Some 6,346 villagers were evacuated Sunday as the Taal Volcano sent a one-kilometer plume of ash into the air with ashfall reaching as far as Metro Manila, local daily The Manila Times reported.

Read more: Over 6,000 evacuated in Philippines as volcano erupts