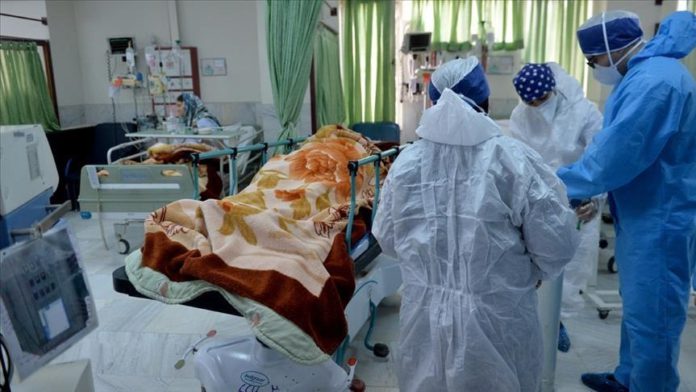 Iran’s Health Ministry on Sunday reported new cases of COVID-19 and virus-related deaths as efforts continue to contain the disease.

Health Ministry spokeswoman Sima Sadat Lari said in a statement that 119 more people died in the last 24 hours and 5,502 new cases had been identified.

Lari said the death toll increased to 54,693, and the number of cases to a total of over 1.2 million.

She said as many as 5,212 patients were in critical condition, while recoveries numbered 951,860.

In the country with a population of 83 million, more than 7.4 million tests have been administered to date.

Lari also indicated that 108 districts across Iran were determined as medium-risk or “orange zones” while 340 of them were low-risk “yellow zones.”

The virus outbreak has claimed more than 1.75 million lives in 191 countries and regions since last December.

Over 80.44 million cases have been reported worldwide, with more than 45.51 million recoveries, according to figures compiled by the US’ Johns Hopkins University.

While new restrictions are being imposed during the holiday season, especially across Europe, countries are approving and procuring vaccines to pave the way toward the end of the pandemic.