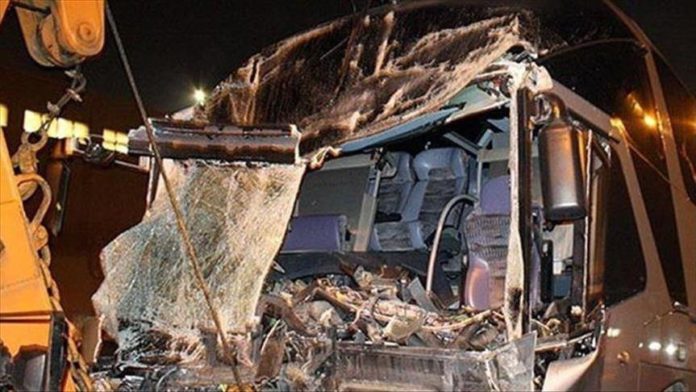 The first accident occurred in the early morning on the Nemale bridge near the town of Makenene in the Center region, claiming at least 37 lives, state media CRTV reported.

Three others were killed in a separate accident on the Mengong-Sangmelima roadway, in the Southern region.

A public bus that left Bafoussam in the Western region for the capital Yaounde, Center region “violently hit a truck” and lost control before ending up in a ravine, according to Minister of Transport Jean Ernest Massena Ngalle Bibehe.

The victims were transported to nearby health facilities, with locals fearing the toll could rise.

The minister of transport, as well as other members of the government, were dispatched to the scene by Prime Minister Joseph Ngute on Sunday “to assess the damage caused by this serious road traffic accident.”