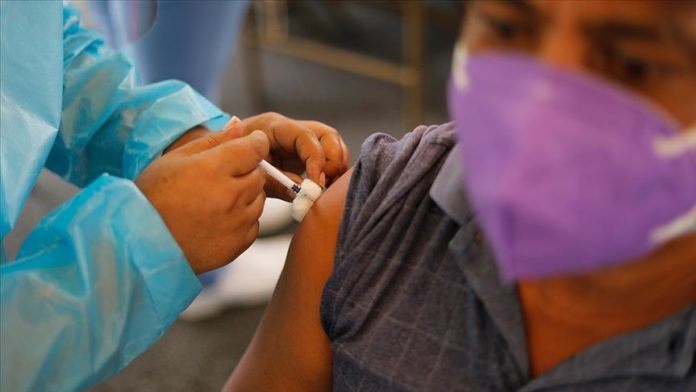 The number of COVID-19 vaccine shots administered worldwide crossed 4.14 billion as of Sunday, according to Our World in Data, a tracking website affiliated with Oxford University.

China, where the virus was first detected in late 2019, leads the count with more than 1.65 billion jabs given across the country, followed by India and the US with 461.52 million and 345.64 million, respectively.

Brazil has so far administered nearly 142.5 million vaccine shots, while the figure stands at 92.05 million in Germany.

Next on the list are the UK and Japan with 84.94 million and 84.01 million doses, respectively.

Turkey has administered over 73.3 million jabs and ranks eighth worldwide.

More than 41 million people have received their first doses in Turkey and 27.3 million have been fully vaccinated.

As COVID-19 vaccines are generally given in two separate doses per person, the count of administered vaccines does not mean that the same number of people have been vaccinated.

According to Our World in Data’s figures, the number of COVID-19 cases around the world is now just short of 198 million, including a death toll of 4.22 million.