TurkishPress
Home News Over 36,000 people displaced by floods in Malaysia 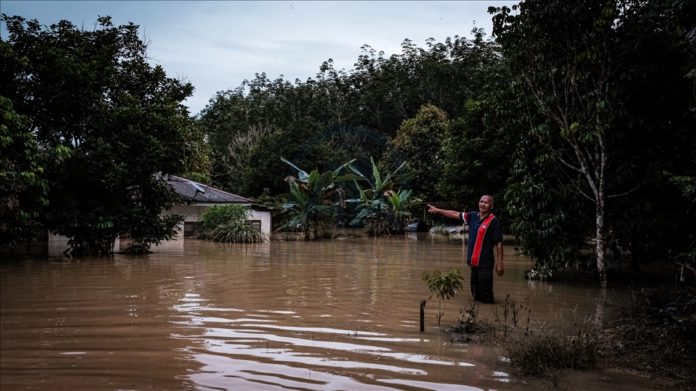 Around 20,000 more people have been evacuated on Thursday due to flooding in several provinces of Malaysia, authorities said.

“As of today, more than 36,000 people have been evacuated. In Pahang alone, there were at least 24,257 evacuees,” the country’s Social Welfare Department said in a statement.

On Wednesday, as many as 16,000 people were evacuated from those affected areas.

The Malaysian Meteorological Department issued a weather warning ahead of heavy rains in Pahang and Johor.

The weather warning was also issued in Kelantan and Terengganu areas.

So far, at least three people have been killed by flooding.

PAHANG, MALAYSIA – JANUARY 6: A man shows his houses which are submerged by the floods that hit most of the areas in the state of Pahang, Malaysia on January 6, 2020. At least 3 killed and 20,838 have been evacuated due to monsoon rains since Jan 1. ( Syaiful Redzuan – Anadolu Agency )

US Fed to provide up to $2.3T in face of pandemic