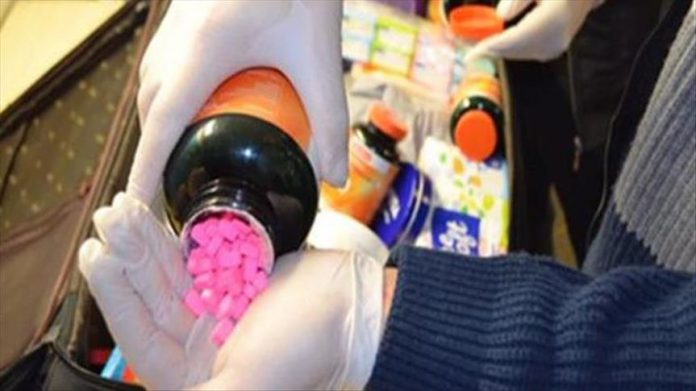 The local police team raided an address in Reyhanli district of the province as part of anti-drug operations, said the sources, who asked not to be named due to the restrictions on talking to the media.

During the operations, two suspects were arrested.