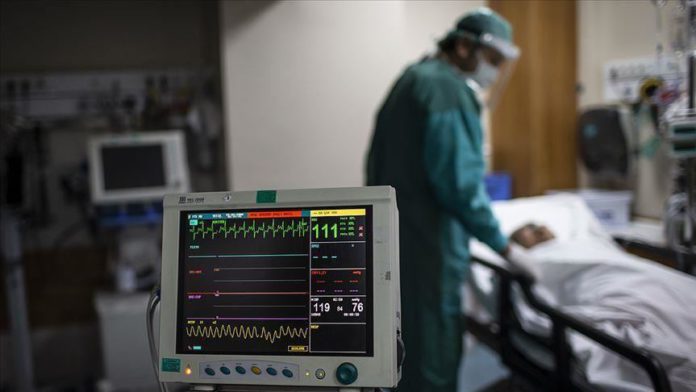 Over 3,000 COVID-19 patients in Pakistan are in critical condition, authorities said on Thursday, as new cases in the country also increased after days of decline.

With 4,044 additions, Pakistan’s tally of coronavirus infections reached 191,970, putting the country at number 13 worldwide in terms of cases, according to the Health Ministry data.

The figure is slightly higher than Wednesday’s count of 3,892, which was the fifth day of declining infections in the country.

A total of 3,003 patients are in critical condition in hospitals across Pakistan, while recoveries increased by 3,553 to 81,307, the ministry said.

The daily fatality count also shot up on Thursday, more than doubling to 148 just a day after hitting a comparative low of 60.

The country’s death toll now stands at 3,903, the ministry said.

Some 1.17 million people have so far been tested in the country of over 200 million people, with 21,835 tests conducted over the past 24 hours.

Health experts believe the falling numbers are due to the locality-based lockdowns — termed “smart lockdowns” by the government — recently enforced in high-risk areas in 20 big cities.

However, local media reports suggest it could be because of reduced testing, with daily test numbers falling to less than 25,000 from over 32,000.

Earlier this month, the World Health Organization advised Pakistan to impose a two-week strict lockdown, declaring the country the second-most vulnerable to the pandemic after neighboring Afghanistan.

The recommendation came as infections skyrocketed when the government lifted its lockdown restrictions of varying strictness in late May, ahead of the Muslim festival of Eid al-Fitr.

Prime Minister Imran Khan, however, rejected the UN body’s suggestion, saying “smart lockdowns” were the only possible option for Pakistan because it “is a poor country … [with] no choice but to reopen.”