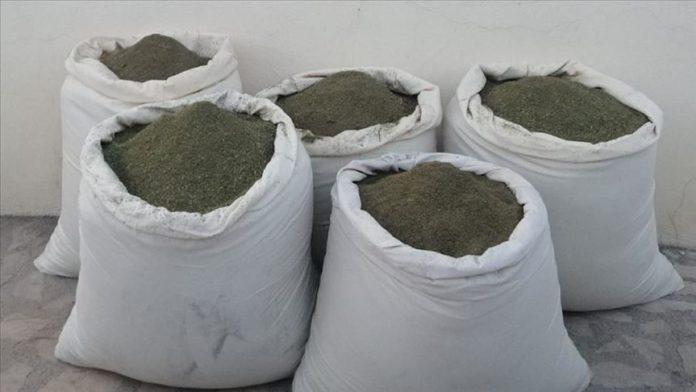 Turkish police on Thursday seized over 300 kilograms (about 660 pounds) of marijuana in 26 anti-narcotic operations in the country’s southeast, according to a security source.

The operations based in the southeastern Diyarbakir province were extended to Bismil, Silvan and Dicle districts. In efforts to prevent drug sales and use, and to prevent terror groups being financed via drug sales, security teams held 26 different operations from May 5-12.

Police seized nearly 328 kilograms (about 723 pounds) of marijuana, 2.33 grams of heroin, 8.02 grams of synthetic drugs, and more than 720 opiate drugs, the source added.

Out of 28 suspects detained, 10 of them were arrested.

As part of its anti-drug efforts, Turkish police confiscated over 40 tons of marijuana and 40 million cannabis roots in 2019.