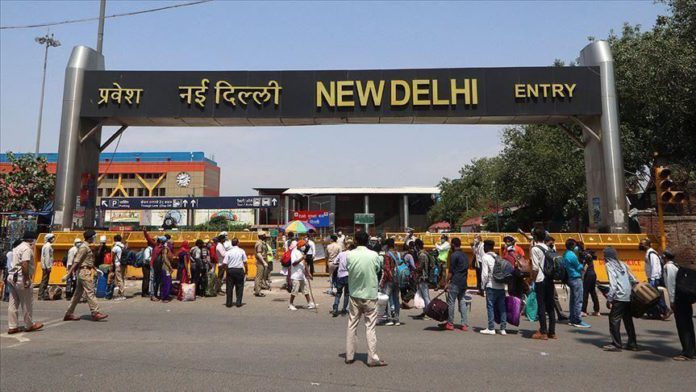 With 28,701 new cases in the last 24 hours, India Monday saw the biggest surge in COVID-19 cases for the fifth day in a row, the Health Ministry data showed.

The total number of cases in the country includes 301,609 active cases, 553,471 cured/discharged/migrated. The recovered cases now exceed active cases by over 240,000.

With the new recoveries, the country’s recovery rate has now grown to 62.93% from earlier 61.53%. A total of 19,235 people recovered in the last 24 hours, according the official figures.

“India’s clinical protocol has focused on early detection through widespread testing, surveillance, prompt triaging, and clinical management of cases. This has resulted in one of the lowest case fatality rates of 2.66%,” said Health Minister Harsh Vardhan during his visit to a COVID-9 facility in Delhi on Sunday.

The worst-hit western state of Maharashtra reported the highest number of new coronavirus cases at 7,827 in a single day, third single-day spike. The state currently has 103,813 active cases of the total 254,427, and 10,289 deaths.

The national capital of Delhi is the third worst-affected state in the country with numbers continuously dipping. With 1,573 fresh cases and 37 deaths, the total tally in the state stands at 112,494.

The state has shown a recovery rate of 80%.

With another spike in new cases as 4,244 more infections have been registered, the third worst-hit southern state of Tamil Nadu tally has risen to 138,470. A total of 1,966 people have died of the virus in the state.

The spike in COVID-19 cases has increased the demand for pulse oximeters, but the Indian manufacturers have raised a concern that due to no customs duty on medical devices, the market is getting flooded with cheap imports.

No possibility of talks with India, says Pakistan