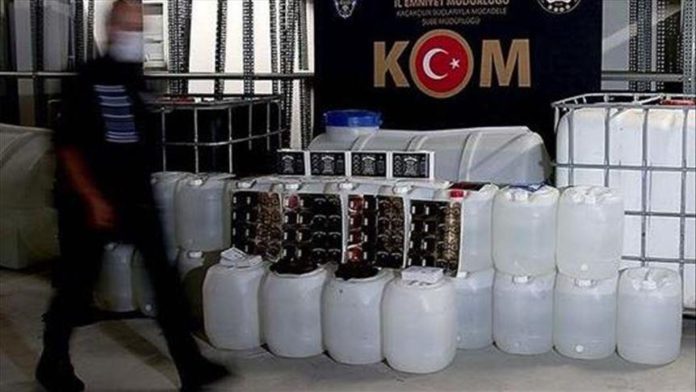 At least 2,865 liters of bootleg alcohol were confiscated and seven suspects were detained in Turkey on Tuesday, according to security sources.

Acting on a tip-off, the local gendarmerie teams conducted simultaneous raids at addresses in Bayrampasa district of Istanbul, said a security source on condition of anonymity.

The operation seized 1,450 liters of fake liqueur in bottles and various materials used in producing alcohol, the source added.

One suspect, who was allegedly producing the bootleg alcohol, was arrested by the gendarmerie forces.

Additionally, police seized 870 liters of bootleg alcohol in an operation in the Black Sea province of Trabzon.

They also nabbed two suspects in the operation.

Separately, police seized 545 liters of bootleg alcohol in the western Aydin province, and arrested a suspect.

Turkey: In 2019, free bag ban made plastic use plummet