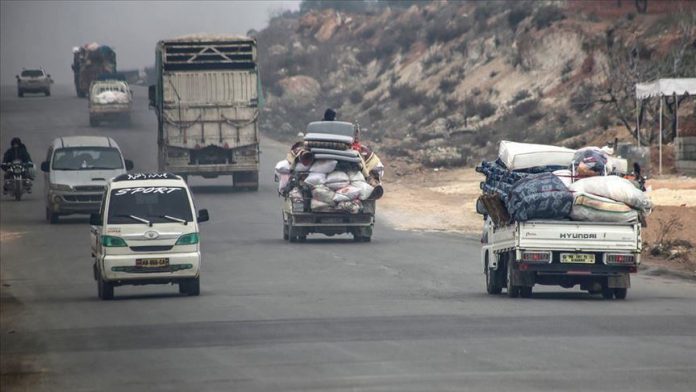 A UN agency said Friday that nearly 250,000 people have been displaced in Idlib, Syria, in the past two weeks,.

“According to current estimates, more than 235,000 people have been displaced from southern Idleb [Idlib] since 12 December, including at least 140,000 children,” the Office for the Coordination of Humanitarian Affairs (OCHA) said in a statement.

It said the UN “remains deeply concerned” for the safety and protection of more than 3 million civilians in Idlib, more than half of whom are internally displaced due to the recently escalated wave of violence.

Noting that certain cities in the surrounding areas

At least 710 killed in Myanmar since coup: Rights group