TurkishPress
Home News Over 2,000 more detained amid protests in Belarus 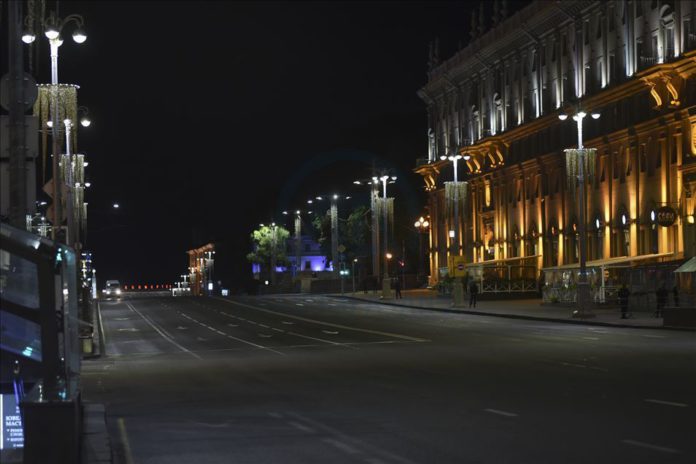 More than 2,000 more people were detained during the ongoing protests in Belarus over the past day, pushing the total number of arrests to over 5,000, the Interior Ministry said on Wednesday.

MINSK, BELARUS – AUGUST 11: Security forces take measures at streets to restrain the moving across of protestors to the areas during the ongoing unauthorized demonstrations in the capital Minsk, Belarus on August 11, 2020. More than 3,000 people have been arrested in Belarus as protests continued after incumbent Alexander Lukashenko was declared the winner of Sunday’s presidential election. ( Marina Serebryakova – Anadolu Agency )

There were incidents of “open confrontation” with the law enforcement and 21 officers became victims of eight hit-and-runs and numerous fire bottles attacks, she added.

According to the Health Ministry, 51 people were hospitalized last night with injuries of average gravity.

The Belarusian authorities assess the damage caused by the demonstrators in the amount of 500,000 Belarusian rubles ($202,570), she said.

Earlier, the Interior Ministry claimed it arrested “three organizers of protests”, including the head of the group.

The protests broke out in Belarus after incumbent Alexander Lukashenko was declared the winner in the presidential elections.

Svetlana Tikhanovskaya, who came second in the presidential race, has left the country amid rumors that she was forced to do it.

The situation in Belarus provoked deep concern throughout Europe with the leaders demanding Lukashenko to launch an open dialogue with the opposition.

If minorities are targeted, we will act:Pakistan's Khan