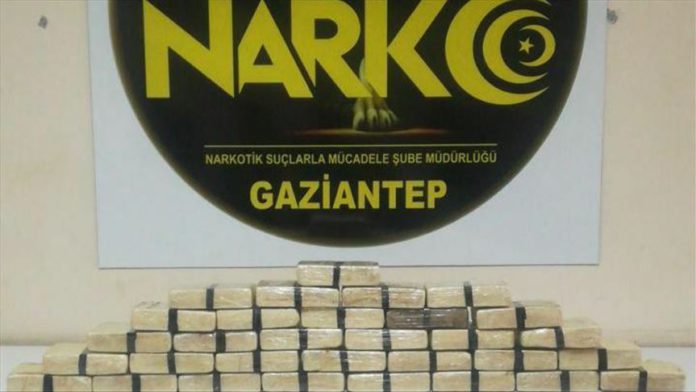 Police seized over 20 kilograms (44 pounds) of heroin in eastern Turkey on Sunday, according to officials.

Anti-drug police in the southeastern Gaziantep province launched an operation in the Ibni Sina neighborhood, the provincial security directorate said in a statement.

During the operation, over 15 kg (33 lb) of heroin and 6.4 kg (14 lb) of methamphetamine were seized and a suspect arrested.

Separately, more than 5.6 kg (12 lb) of heroin was seized in the Ipekyolu district of the eastern Van province.

Two suspects, identified by initials M.A. and H.O., were remanded in custody after being arrested at the scene by anti-drug police.