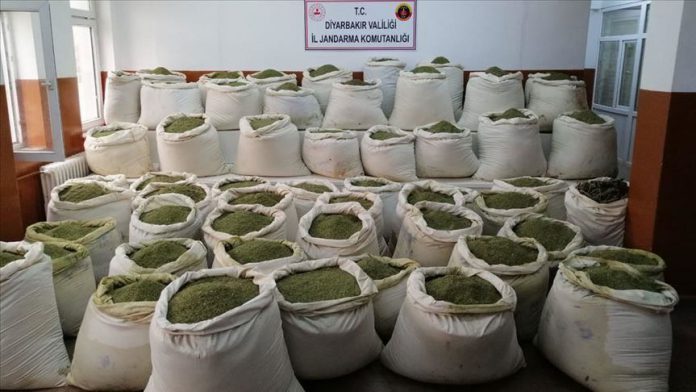 Gendarmerie forces launched a narco-terror operation on Wednesday as part of Operation Kiran-11 in Diyarbakir’s rural areas and highlands, the governorate said in a statement.

Some 2,080 kilograms (4,585 pounds) of marijuana were seized in Lice district during the operation.

In its more than 30-year terror campaign against Turkey, the PKK — listed as a terrorist organization by Turkey,

Read more: Over 2 tons of drugs seized in southeastern Turkey