TurkishPress
Home News Over 1,500 evacuated on Italian island of Sardinia amid massive blaze 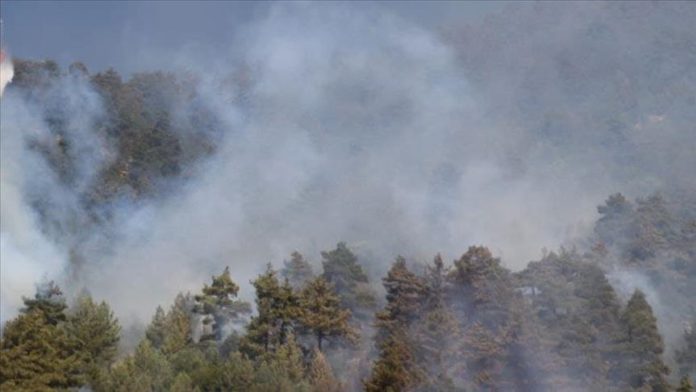 Over 1,500 people have been evacuated from their homes on the Italian island of Sardinia as fires ravaged around 20,000 hectares (50,000 acres) of forestland, according to local media Sunday.

Olive groves and cultivated areas were also scorched by the blaze, which broke out on Saturday night in the province of Oristano in the west of the island, according to the Italian Rainews24 TV channel.

The flames continue to spread due to strong winds and have yet to be tamed.

About 400 people were evacuated from the town of Scano Montiferro amid the raging flames. Evacuated also took place due to heavy smoke in other small settlements, with a total of 1,500 people having had to leave their homes so far due to the difficulty of breathing.

Some 7,500 people including security forces, firefighters, forest and civil defense teams, and volunteers, rushed to fight the blaze, while approximately 20 aircraft are also involved in the efforts.

“The mechanism for requesting fire extinguishing equipment from abroad has been activated. Two are on their way from France, which I officially thank,” Italian Foreign Minister Luigi Di Maio said on Facebook.

Sardinian President Christian Solinas said it was currently not possible to determine the damage caused by the fire and asked for urgent economic support from the central government to compensate for the losses.