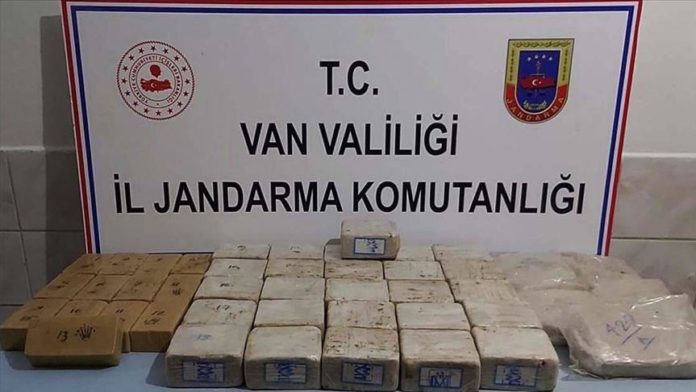 Security forces seized more than 15 kilograms (over 33 pounds) of heroin in a raid in eastern Turkey, authorities said on Friday.

The narcotics were found during an operation at a cargo transfer center in Van province’s Ipekyolu district, the provincial security directorate said in a statement.

One suspect, identified only by the initials B.A., was arrested in the operation, the statement added.