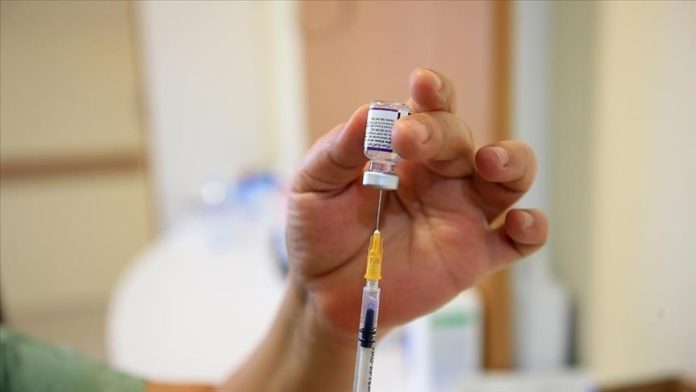 Turkiye has administered more than 140 million doses of COVID-19 vaccines since it launched an immunization drive in January 2021, according to official figures released on Wednesday.

More than 57.3 million people have received a first jab, while over 52.2 million have been fully vaccinated, the Health Ministry said.

The country has also given third booster shots to more than 23.8 million people.

Separately, the ministry confirmed 72,615 new coronavirus infections, 176 related deaths, and 84,426 recoveries over the past day.

Health Minister Fahrettin Koca said on Twitter that people aged 65 and over accounted for over 10% of hospitalized cases, urging this age group to “avoid risk and protect themselves from an illness that may require hospitalization.”

According to the latest data, people aged 65 and over account for 8% of overall infections.

Since December 2019, the pandemic has claimed over 5.5 million lives in at least 192 countries and regions, with more than 334 million cases confirmed worldwide, according to the US-based Johns Hopkins University.