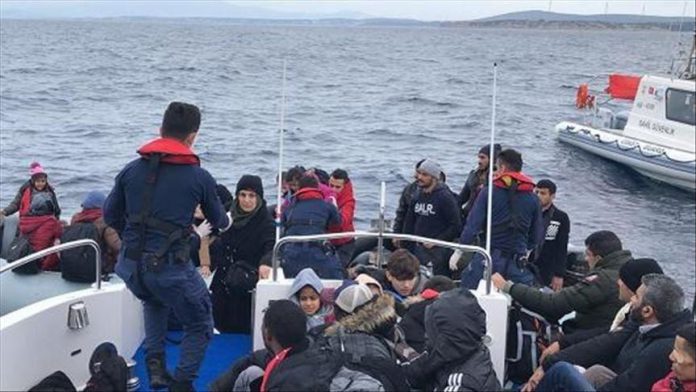 A total of 1,471 irregular migrants were held off Turkey’s Aegean and Mediterranean coasts over the last one week, the Turkish Coast Guard said on Friday.

“A total of 1,471 irregular migrants and 1 migrant smuggler were captured by the Coast Guard Command in 41 incidents between 10-16 January 2020 within the scope of anti-irregular migration activities,” the coast guard said on Twitter.

As many as 12 dead bodies were also recovered during the same period, it added.

Turkey has been a main route for irregular migrants trying to cross into Europe, especially since 2011, when