TurkishPress
Home National Over 131.9M coronavirus vaccine shots given in Turkiye to date 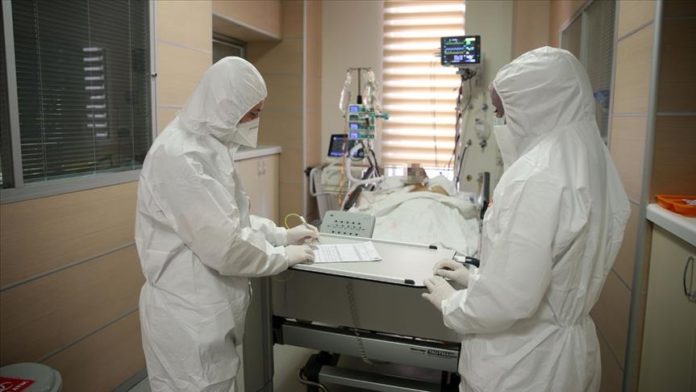 Turkiye has administered more than 131.9 million doses of COVID-19 vaccines since it launched an immunization drive in January 2021, according to official figures released on Saturday.

More than 56.9 million people have gotten the first jab, while over 51.6 million have been fully vaccinated, the Health Ministry said.

Health Minister Fahrettin Koca said on Twitter: “We must return to the seriousness we had in the early months of the pandemic against the danger posed by the omicron variant and the spread of the virus.”

He once again urged people to use masks and keep social distance.

On Friday, Koca said that most of the rise in omicron cases was seen in Istanbul, accounting for 52.3% of all cases reported nationwide in the past 10 days.

Since December 2019, the pandemic has claimed over 5.43 million lives in at least 192 countries and regions, with more than 288.2 million cases reported worldwide, according to the US’ Johns Hopkins University.