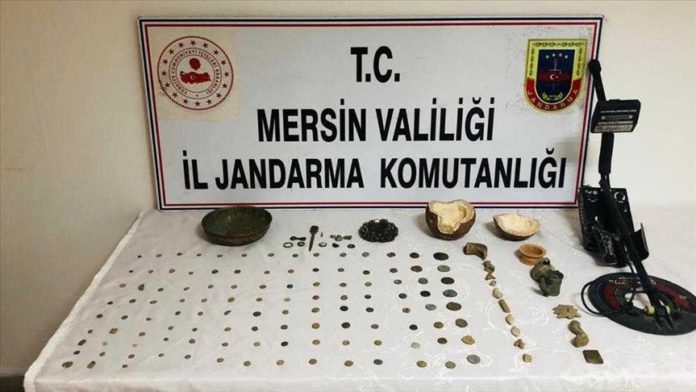 Over 130 historical artifacts were seized in an anti-smuggling operation in southern Turkey, local authorities said Wednesday.

The provincial gendarmerie command in Mersin said in a statement that 133 coins and many historical objects, including seven animal-shaped items, were confiscated in an operation launched in the Tarsus district.

The operation came after the gendarmerie forces learned that a suspect was in search of buyers for many historical artifacts, it added.

The suspect was arrested at his address and released by a local court on duty, the statement noted.

The artifacts were delivered to museum authorities in Mersin.