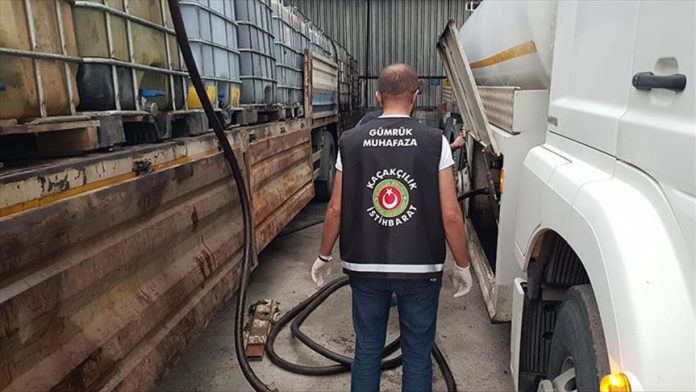 Some 107,300 liters (around 28,345 gallons) of smuggled fuel were seized in an operation held in western Turkey, according to security sources on Monday.

Acting on a tip off, the provincial police department launched an operation in Bornova district of Izmir, the source said on condition of anonymity due to restriction on talking to the media.

The teams seized the smuggled fuel stored in big containers at a warehouse in Gokdere neighborhood, the source added.

Legal action was initiated for a suspect in the warehouse identified by the initials N.U.

Read more: Over 100,000 liters of smuggled fuel seized in Turkey