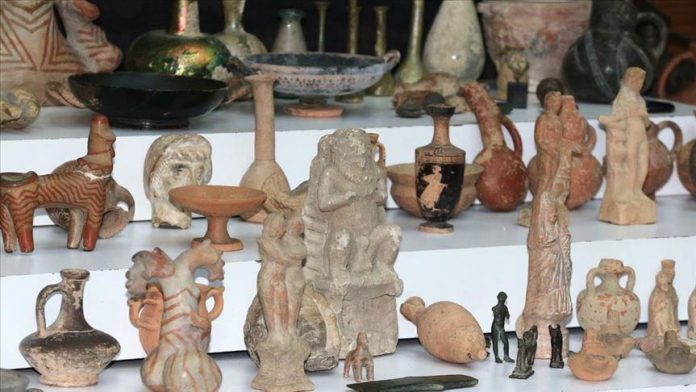 Over 1,000 pieces of historical artifacts were seized in operations in Istanbul, a security source said on Thursday.

Acting on a tip, anti-smuggling teams conducted operations in three addresses on Wednesday in Nisantasi district of the metropolis, the source said on condition of anonymity.

Security forces were tipped that an individual, who was earlier arrested for possessing historical artifacts in his flat, was again collecting the valuable pieces illegally.

In the operations, a suspect, identified by the initials A.E.G., was arrested, while 1,134 pieces of historical artifacts were also seized, the source added.

Some of the artifacts are believed