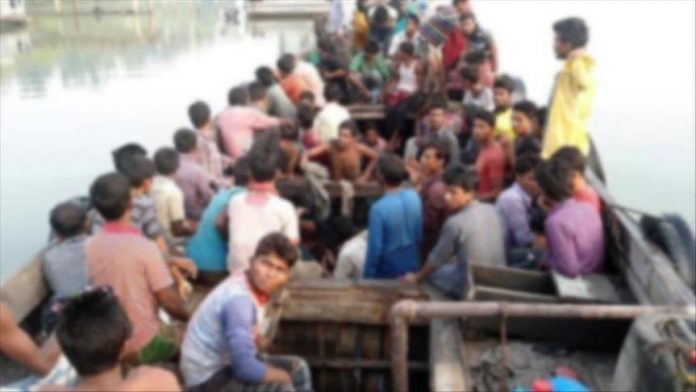 More than 100 Rohingya refugees were rescued Friday before their wooden boat sank off the southern coast of Bangladesh.

According to a statement from the Bangladesh Coast Guard, the refugees were attempting to travel to Malaysia illegally.

The engine broke down while the boat was off St. Martin’s Island in the Bay of Bengal.

Some 119 refugees including 58 women and 14 children were in danger of drowning.

The coast guard intercepted the boat before it sank and rescued them.

Coast Guard staff officers announced that the refugees were detained

According to Amnesty International, more than 750,000