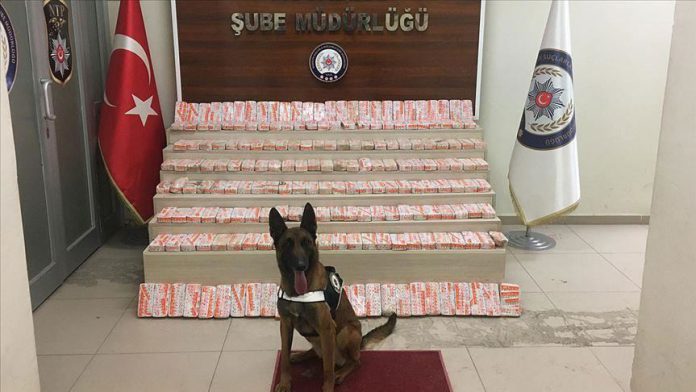 Police seized over 102 kilograms (some 225 pounds) of heroin in eastern Turkey on Tuesday, according to officials.

The anti-drug police in the eastern Van province launched an anti-narcotics operation in the Hatuniye neighborhood, the provincial security directorate said in a statement.

A sniffer dog found 200 packs of heroin in a house belonging to the suspect, identified only by initials Y.K., it said. The suspect was arrested during the operation.

Efforts against illicit drug trafficking, transport and storage in the area continue.