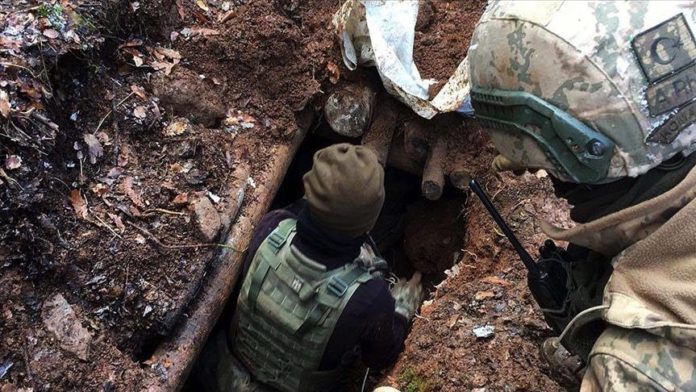 Turkish security forces seized some 1.05 tons of ammonium nitrate belonging to the PKK terror group in the country’s east, the Interior Ministry said on Sunday.

The large amount of ammonium nitrate, used to make explosives, were seized by local gendarmerie forces in rural areas of Bitlis province as part of the domestic Yildirim-16 anti-terror operations, the ministry said in a statement.

During the search and sweep activities in the area of Sehi, Onak and Tokacli forests on Dec. 18-19, a great number of weapons and ammunition were also confiscated, it added.