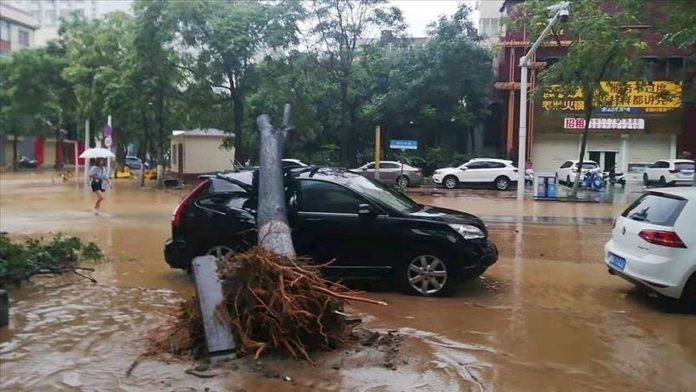 Hundreds of thousands of people living near the sea have been evacuated as Typhoon In-Fa lashed eastern China with strong winds and heavy rain, local media reported on Monday.

Some 1.65 million people across Zhejiang province have been moved to safer places as of Sunday night, according to daily Global Times.

Flights and trains have been halted as authorities brace for “the country’s strongest typhoon so far in 2021,” the report said.

In China’s central Henan province, floods caused by record rainfall over the past week have now claimed 69 lives, with at least five more people still missing.

More than 5 million people across 120 counties of the province were affected by the floods, which were triggered by what authorities have described as “historic” rainfall.

According to official data, 617 millimeters (over 24 inches) of rain has been recorded in the region, the highest in 60 years.

Some 25,000 soldiers and other personnel, 1,400 vehicles, and 170 vessels are still engaged in rescue operations in flood-hit areas.