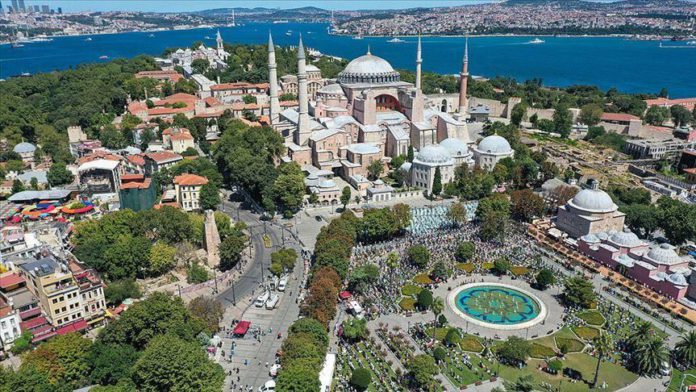 More than 1.5 million people have visited the Hagia Sophia Grand Mosque since the July re-opening of the historic Istanbul building for Muslim prayers after serving 86 years as a museum.

Istanbul Mufti Mehmet Emin Masali told Anadolu Agency that over 1.5 million people had visited Hagia Sophia after its re-opening as a mosque.

Thousands of people from Turkey and abroad come to visit the mosque that is open round the clock and visits are organized in line with coronavirus measures, he added.

Besides being a mosque, the Hagia Sophia is also among Turkey’s top tourism destinations and remains open for domestic and foreign visitors.