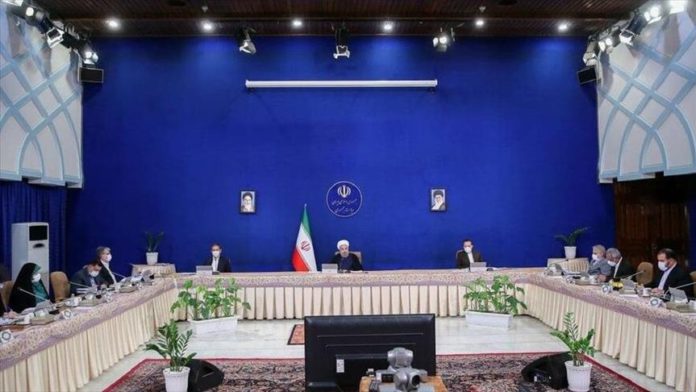 Iran’s outgoing President Hassan Rouhani on Sunday apologized to the Iranians for the hardships they endured during his eight-year administration.

Speaking during his final cabinet meeting, Rouhani acknowledged that his government shared “only part of the truth” with the people as he was afraid it would “harm national unity.”

“What we told people was not contrary to reality, but we did not tell them part of the truth,” he said, without elaborating.

Rouhani’s reformist government will compete two terms in office this week, with the new administration led by former judiciary chief and top conservative Ebrahim Raeisi set to be sworn in on Thursday.

The outgoing president, who maintained very little contact with the people during his eventful tenure, asked for “forgiveness” from the Iranians for “any shortcomings and flaws”.

Rouhani also blamed some factions, in a salvo at conservative-controlled parliament, for disrupting his efforts to revive the 2015 Iran nuclear deal, also known as JCPOA, saying “it is useless to talk about it anymore”.

“According to the framework set by the Supreme Leader, we could have implemented the JCPOA and lifted the sanctions, but we got stuck somewhere else,” he said.

Rouhani’s government has faced a blistering criticism over the COVID-19 outbreak in the country and economic mismanagement, especially after the US walked out of the nuclear deal in 2018 and reinstated sanctions on Iran.

“If one wants to judge this government, they should consider the economic war, COVID-19 and the drought,” the outgoing president said in his defense.