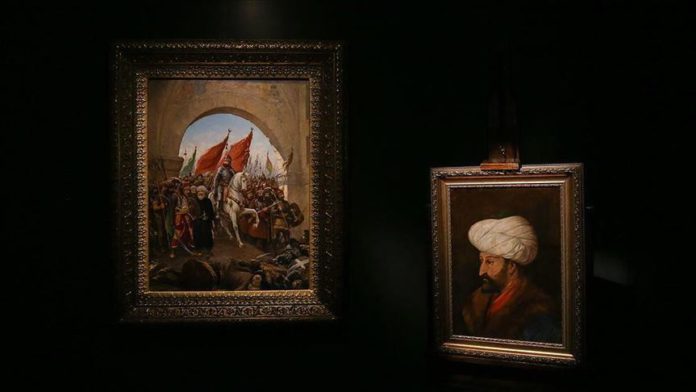 A portrait of Ottoman Sultan Mehmet II, known as Fatih Sultan Mehmet in Turkish, will be on exhibit for the first time at Istanbul’s National Palaces Painting Museum, said the museum’s manager Friday.

Gulsen Kaya said the 20th century painting by Halil Pasa will be go on display during the fall.

The Directorate of National Palaces, which has a collection of Turkey’s richest paintings, is also ready to exhibit five portraits of Sultan Mehmet II.

Kaya said the painting has an important place because it contains 20th century interpretations.

She said portraits of the sultan have always been exhibited through the eyes of foreign painters, but the portrait of the sultan will be seen for the first time in the Painting Museum with the interpretation of Halil Pasha.

Kaya said the exhibition will also include a portrait of Yavuz Sultan Selim for the first time with the interpretation of Halil Pasha, and that there will be portraits of sultans made by foreign painters in the collection.

Portraits of sultans in the Ottoman Empire began with Fatih Sultan Mehmet. Venetian painter Gentile Bellini, who came to Istanbul in 1479, stayed in the city for 18 months and produced several pieces at Topkapi Palace including paintings of Fatih Sultan Mehmet.

The work, dated 1480, is currently at the National Gallery Collection in London. There is no definite information about how the very famous Fatih Sultan Mehmet portrait by Bellini was taken abroad.