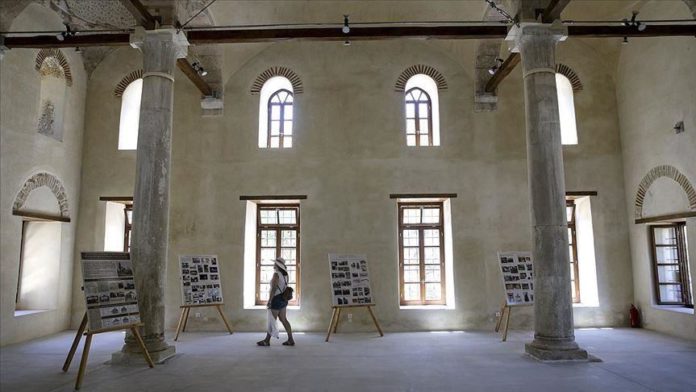 Ottoman monuments in Greece are being misused in a major blow to the country’s historical heritage.

In the years following the independence of Greece, many Ottoman buildings were used as military prisons, cinemas, provincial offices, hostels and storage units.

Moreover, dozens of mosques were closed to worship and some were converted to churches.

Many abandoned buildings were ruined over time.

The Fethiye Mosque in Athens, built by Fatih Sultan Mehmet — also known as Mehmet the Conqueror– in 1458, is currently being used as an exhibition hall. The Tzisdaraki Mosque was also repurposed as a ceramics museum.

There are no signs left of other historical buildings which were registered in archives and yearbooks.

In Thessaloniki, the Hamza Bey Mosque, the oldest in the city, was closed due to some restoration work aiming to transform the building into a museum. The mosque, which was built in 1467, was previously used as a movie theatre.

Alaca İmaret Mosque in the same city, which was built in 1484, was also turned into a museum.

The Yeni Mosque, built in 1904, is closed to worship and its minaret was destroyed. At present, it serves as an exhibition hall of the municipality.

The White Tower, one of the most important Ottoman monuments in Thessaloniki, is promoted as a “Byzantine work” and a symbol of the city.

Mosques and historical buildings in many other Greek cities such as Ioannina, Crete, Larisa and Kavala are also suffering from the same fate.