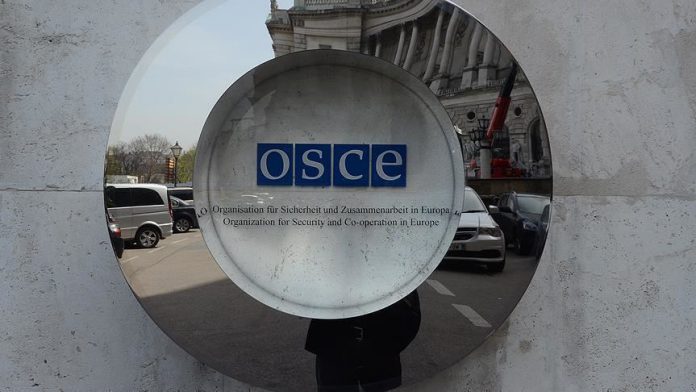 The OSCE Special Monitoring Mission to Ukraine said Monday it had discovered new evidence of a Russian military presence in Ukraine in the non-government-controlled area.

“On 10 March, an SMM mini-UAV spotted three brand new Russian electronic warfare systems RB-636 Svet-KU, RB-341V Leer-3 and R-934B Sinitsa at a compound in the southern outskirts of Luhansk city, 13 kilometers from the contact line in the non-government-controlled area,” the mission said in a statement.

“These systems are actively used by Russian Armed Forces and never officially exported before,” it added.

“The continuing Russian aggression against Ukraine and support of terrorist groups in the Donetsk and Luhansk regions is a crude violation of the fundamentals of international peace and security,” it added.

Ukrainian Defense Attaché Viacheslav Latysh also commented on the statement, saying it is also evident that only Russian soldiers can use and maintain such high-tech equipment.

Latysh also said Russia has been violating the Minsk Protocol and continues to attack Ukrainian troops, killing one soldier and wounding 10 others last week.