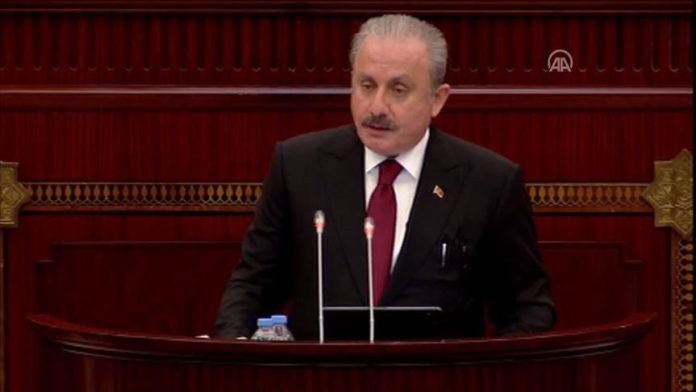 Turkey’s parliament speaker on Tuesday slammed the OSCE Minsk Group over ongoing Azerbaijan-Armenia crisis, saying that the group is “brain-dead”.

“The OSCE Minsk Group, which has not been able to find a solution to the Nagorno-Karabakh issue for 30 years, has been brain-dead,” said Mustafa Sentop at the Azerbaijani parliament in the capital Baku.

Armenia has “become a regional and a global problem”, Sentop said, noting: “Deadlock in the Caucasus will continue as long as Armenia’s occupation in Nagorno-Karabakh and surrounding areas continues.”

Sentop and Bayramov discussed the ongoing crisis between Azerbaijan and Armenia, and addressed Azerbaijan’s operations to rescue its occupied lands.

US Navy says it seized $4M worth of heroin in Arabian...