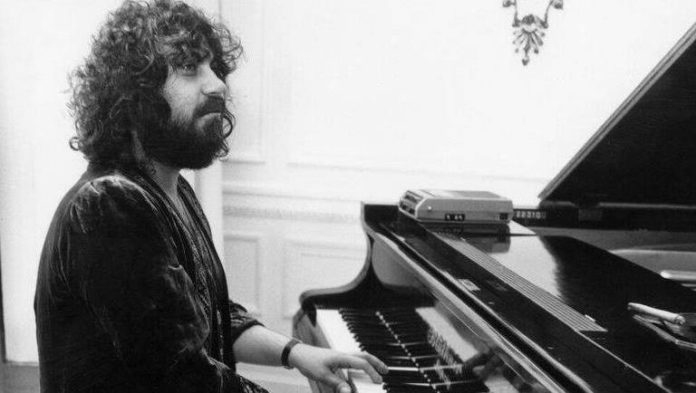 Greek composer Vangelis died at the age of 79 in a hospital in Paris late Tuesday, a law firm representing him announced.

Born Evangelos Odysseas Papathanassiou on March 29, 1943 in the Greek coastal town of Agria near Volos, he started showing an interest in music at the age of four and gave his first public performance at the age of six.

A charismatic and self-taught musician, Vangelis formed his first band called “The Forminx” in the 1960s. He moved to Paris in 1968, where he formed the group “Aphrodite’s Child” with another internationally acclaimed artist, Demis Roussos.

Despite being a self-taught musician, Vangelis studied classical music, painting and film directing at the Fine Arts Academy in Athens.

He influenced the development of different musical genres, while he is considered “a pioneer of electronic sound.”

After Paris, in 1975, he settled in London, where he set up Nemo Studios and later released his first music collection in a studio album called “Heaven & Hell.”

It was in London where Vangelis wrote the soundtrack for “Chariots of Fire,” the story of the triumph of a group of British runners at the 1924 Olympic Games, winning him an Oscar in 1982.

His love for science and space prompted him to collaborate with NASA and compose the music for its space missions in 2001 and again in 2013.

Greek Prime Minister Kyriakos Mitsotakis expressed his condolences Thursday in a tweet, saying “Vangelis Papathanassiou is no longer among us.”

Culture and Sports Minister Lina Mendoni in a statement she said his music moved people of different backgrounds, nationalities and cultures.

“Like an Odysseus — his second given name — he started off from Greece with the groups Forminx and Aphrodite’s Child and travelled through the entire planet with his compositions.”