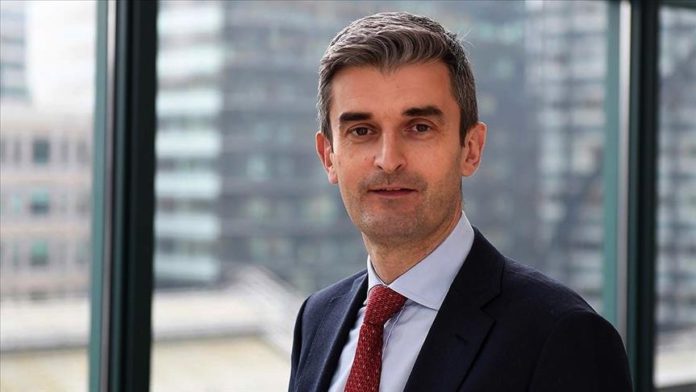 A more stable lira associated with the return to policy orthodoxy should put Turkey in a strong position to attract investors, a lead regional economist of the European Bank for Reconstruction and Development (EBRD) told Anadolu Agency on Monday.

Pointing to Turkey’s shakeup of its economic management at beginning of November, Roger Kelly said the changes “certainly” represent a step in the right direction, adding that the moves were welcomed by markets.

“The subsequent rate hike by the Turkish Central Bank along with a pledge to increase transparency offered a welcome signal of a movement towards more policy orthodoxy,” Kelly stressed.

On Nov. 19, the bank raised its one-week repo rate – also known as its policy rate – by 475 basis points to 15%, in line with market expectations.

It also took simplifying steps in monetary policy, deciding to provide all funding through this rate, which is identified as its main policy rate.

“First of all, the return to orthodoxy needs to be sustained,” Kelly underlined.

He stated that investors expect to see an extended period in which the bank maintains high-interest rates in order to confirm its focus on getting inflation back to the target.

“To support this, reforms to help shift Turkey away from its dependence on credit-fueled consumption towards a more sustainable growth model will be expected,” he highlighted.

According to the Turkish Statistical Institute (TurkStat), the country’s annual inflation rate in October was 11.89%, above both the targets of the government and the Central Bank.

As laid out in Turkey’s new economic program for 2021-2023, the country’s inflation rate target for this year is 10.5%. The Turkish Central Bank forecast that year-end inflation for 2020 would be at 12.1%. Inflation is expected to stabilize around 5% in the medium term.

Noting that Turkey saw significant outflows from its assets this year due to a deterioration in investor sentiment, Kelly said:
“Turkish assets offer one of the highest carries in the emerging markets, but of course the carry trade depends on exchange rate stability.

“A more stable lira associated with the return to policy orthodoxy should put Turkey in a strong position to attract investors looking for yield in a vast liquidity environment,” he said.

He noted that the EBRD forecast 5% economic growth for Turkey in 2021, adding that the recent return to policy orthodoxy, implying a tighter monetary policy environment, may have a slight weight on this.

*Tuba Sahin contributed to this story from Ankara