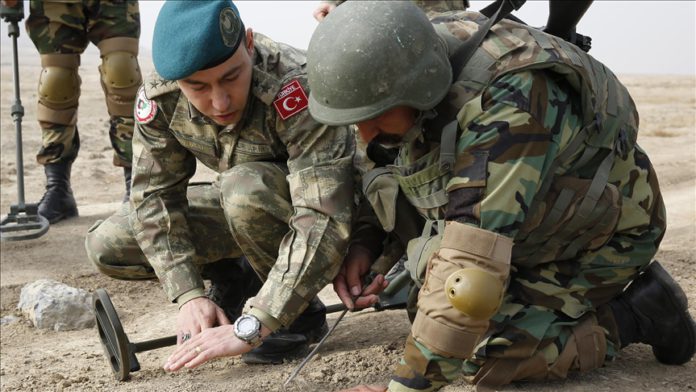 A peacekeeping force of Muslim countries should be formed by the Organization of Islamic Cooperation (OIC) to end bloodshed in Afghanistan, Anadolu Agency’s world languages editor-in-chief said on Wednesday.

Speaking at a virtual panel discussion, Dynamics of Conflict in Afghanistan and Turkey’s Role, Mehmet Ozturk said Turkey, which knows the region well, can play a pioneering role in the peacekeeping mission.

Failure to establish such a force could lead to a chaotic civil war in Afghanistan where “all will be fighting all,” he argued.

Noting that Turkey’s ties with the region are strong and historical, he said the modern Afghan army was founded by the Ottoman Empire.

Turkey did not send combat forces during NATO’s intervention in Afghanistan in 2002, he said, adding that it only took part in the country’s reconstruction. “During this period, Taliban did not attack Turkish soldiers.”

He said Taliban’s refusal to attend peace talks in Turkey causes great harm to Afghanistan as well. The much-anticipated Afghan peace conference in Istanbul was scheduled for end of April, but was postponed.

“Some groups and states did not want the Taliban to come to Istanbul.”

The situation in Afghanistan has gained importance in recent weeks after US President Joe Biden announced that all American forces will withdraw from the war-torn country by Sept. 11, with NATO allies to follow suit.

Ankara has been running the military and logistic operations of the Kabul airport for six years as part of the NATO-led Resolute Support Mission. It has also offered to guard the airport after the withdrawal of foreign forces.

Ozturk said Turkey should not stay in Afghanistan as part of NATO, saying that it could be inconvenient for Turkey.

Turkey should remain in Afghanistan with Taliban taken into confidence, he said, adding that the Taliban also do not want conflict with Turkey.

Emrah Ozdemir, a lecturer at the Cankiri Karatekin University’s International Relations department, said Turkey’s role in Afghanistan should not be narrowed down to the security of the airport only.

Ozdemir said Turkey can contribute to stopping the war by using its soft power.

“It is very difficult to predict whether the central government, or the Taliban will be successful. The fall of Kabul will close Afghanistan’s door to the West. Thus, the Kabul airport must be retained,” he said.